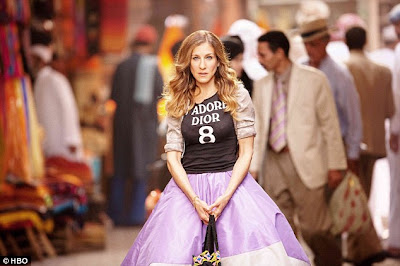 I went to see Sex and the City 2 on the first Friday it was out in the theaters—which would have been May 28, Memorial Day Weekend.

Undaunted by the negative reviews, I was looking forward to an afternoon with my girls, and by girls I mean the girls of SATC. 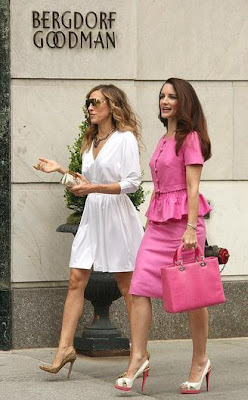 I didn’t go with any of my friends and I decided not to drag my husband THIS time (he did see the first SATC with me & hated every second). I deliberately chose Friday afternoon when most people were still at work and most kids were in school so the theater was relatively empty and I had a whole row to myself.

I happily settled in with my buttered popcorn looking forward to 146 minutes of girl talk and fashion and the continuing romance of Carrie and Big. 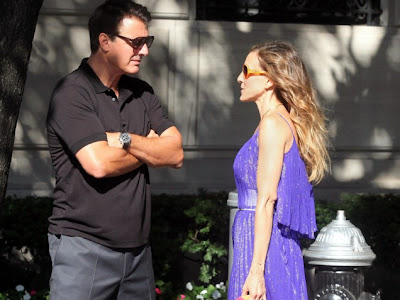 I don’t really need my movies to be critically acclaimed or Oscar nominees. Just give me a chick flick, a romantic comedy, a pretty set design and lots of pretty clothes and I am happy!

I honestly enjoyed SATC 2 and most of my friends (who think like me!) did too. In fact, I am going to see it again next weekend with a friend (a mom of two children under 3) who hasn’t been to a movie since last summer. Hi, Donna!

One of my favorite scenes involved Charlotte baking cupcakes with her children (and what a cute apron!). 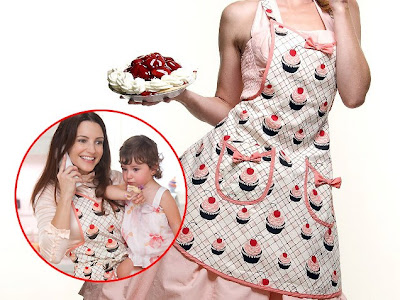 I also liked the part of the movie where Carrie needed to get away for awhile and went back to her old apartment to write and it looked exactly the same. She even still had her home phone in service, her landline—which I thought was a little odd since the apartment was supposed to be basically unused. 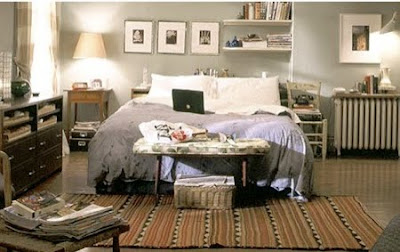 But anyhow I secretly have always liked the idea of still having a place to go back to, my old studio apartment in Edina, or my old condo in Woodbury. It would just be nice to know you had a place to return that was still yours & I guess something that remains of your single days. So that struck a chord with me.

And, of course, the part of the movie where Carrie ran into Aidan in the market place half way around the world. How would it be to run into an old boyfriend like that and what choices would you make? 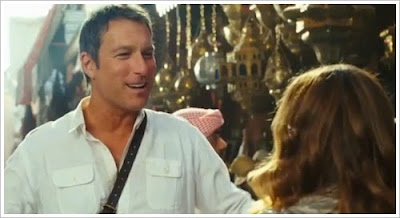 So, anyhow, yes, I liked it and am looking forward to seeing it again. I want to get a second look at the fashion!! 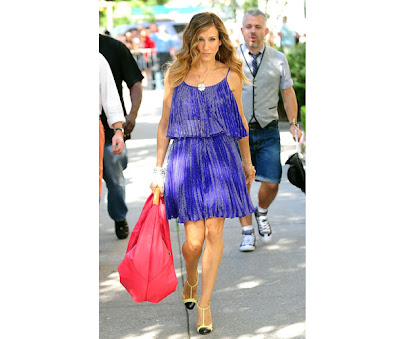 I REALLY enjoyed it and don't get the negative reviews! I liked the first one better, but the second one was still GOOD!!

I loved it!! It was so much fun and I need to do my review of it as well!

Target has the companion book for the movie on sale for $15. It is all fashion and lovely pictures. I was in heaven!!!

Why I didn't like it as much as the first movie, I still thought it was wonderful. The fashion was amazing! I didn't care for Samantha's storyline in Abbu Dabbi. I mean, really, did she have to get arrested and then flip out in that market area? That part was a little meh for me, but I loved the rest of it.

I like how they acknowledged how difficult it is to be a mom. I am not a mom, but my sister, sisters-in-law, and some friends are, and I know that they make a lot of sacrafices. They are happy to do it, but it was nice to see it verbalized amongst friends in the movie

I really liked SATC 2 too! The fashion was pretty incredible and I just love Charlotte! :)

I have yet to see it, but I did get the fashion book and *OMG* love love LOVE!

Think I need to take a mental health day and go see it next week :) Perhaps I need to put some cosmos in a thermos in the big handbag ;)

Michelle & Lys, I NEED that fashion book. Off to Tar-Jay I go!